Three Obvious Signs of a Building with a Weak Foundation

The foundation of a building is the part which determines its structural integrity. When it is laid properly, the building stays strong and rarely develops structural problems. On the other hand, when contractors make mistakes in the process of laying the foundation, the structure eventually weakens. There are also cases where buildings whose foundations were initially strong weaken as a result of harsh weather and artificial calamities. The best way to deal with foundation issues is to learn the signs of a weak foundation and get a damage contractor to help with repairs before the building falls apart.

Presence of Cracks on the Walls and Floor

Vertical cracks on the walls are usually the first sign of foundation damage. The cracks usually start small, and as the foundation gets weaker, they become larger in width. Some parts of the wall, such as the space between the door and the ceiling, are more susceptible to developing these cracks. However, the best way to determine whether cracks are an indication of a bigger underlying issue is by talking to a competent foundation repair contractor.

When Walls Detach from the Ceiling

Another common indicator that your foundation is failing is when the doors and windows will not close properly. This jamming is also caused by the walls shifting in position, thus shrinking the size of the openings. Sometimes, the shifting expands the space between the openings, making it larger than the door. When the problem is not fixed at this point, the walls become so weak that they buckle.

These are the common indicators of a foundation in trouble. It is advisable to call in a damage contractor to check the state of the foundation as soon as you spot these signs. This will help you correct the damage before it leads to complete loss of your structure. Experts use measures such as foundation underpinning to restore your building to its original structural integrity. Contact a commercial underpinning professional for more information. 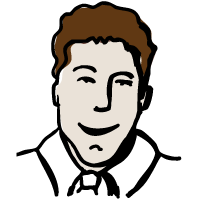 Hello, my name is David and last year, my family home was hit by a cyclone. We live right on the coast in Queensland, eastern Australia, so we get the brunt of any bad weather which blows this way. I expected this storm to be like any other, but it wasn't. The rain kept coming down and eventually, the ground floor of my property was completely submerged. Thankfully, I found a great damage contractor who helped me to pump the water out so we could begin restoration work. I decided to start this blog to offer advice to others who are in a similar situation.

Buying a New Home? Be On the Lookout for Foundation Problems - 5 October 2017